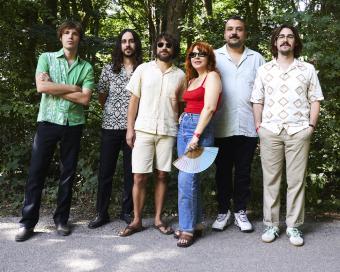 As Folk Radio stated, there is nothing particularly traditional about Altın Gün's music, which in fact, makes it very much part of the tradition. March 10 2023 is the release date of the bands’ fourth album. The music will be out on Glitterbeat Records in Europe and ATO in North America. More news about this soon!

The band is now more focused than ever; they've toured the world and played sold out venues in a.o Berlin, London, Paris, Amsterdam, and also rocked key-festivals such as Coachella, Fuji Rock, Primavera Sound and Lowlands. Now it’s time for the next chapter. With new music and a new show, Altin Gün are pushing the crazy sounds, groovy tunes and the buzzing live energy that catapulted them into the spotlight, to the next level.