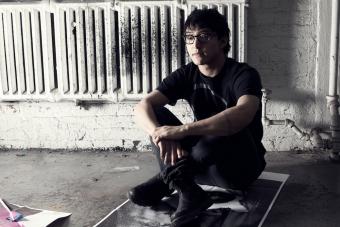 Artists take on pseudonyms for a multitude of reasons, but in Zach Saginaw’s case, those reasons run deeper than most. Zach records under the name Shigeto . It’s his middle name; it’s also his grandfather’s name, a tribute to the Japanese branch of Zach’s family tree. Shigeto also means “to grow bigger”—appropriate, given Zach’s premature birth- weight of less than a pound. Today, Shigeto stands for Zach’s vividly beautiful electronic music. Beat-driven but given to richly textured sound design, rhythmically fractured but melodically sumptuous, Shigeto’s music is a bridge between the past and present, bringing the artist face to face with a creative legacy that spans decades. All of this considered, it's not for nothing that his forthcoming mini-LP is called Lineage , the follow up to the acclaimed Full Circle full length from 2010. It's set for a January 31st, 2012 release date. Pitchfork premiered the title track "Lineage," which showcases Shigeto's signature production style with a backbone of live instrumentation techniques.

The front cover includes a photo of Shigeto's great grandfather's house from 1916 in Hiroshima, Japan while the LP/vinyl version of the back cover includes a photo of Shigeto Ohmura at the Amache Internment Camp in Grenada, Colorado after his family was transferred from Tule Lake Internment Camp . Following the attack on Pearl Harbor and the subsequent declaration of war against Japan many Americans believed that the Japanese-Americans were spies or traitors. This is how Shigeto's grandfather and other family members ended up in these camps. While only Saginaw could speak to the ancestral motivation being referenced on the eight instrumental songs that comprise Lineage, it's easy to see it as an acknowledgement of debt to musical forebears, reverent respect due to the jazz, hip-hop, funk and folk that animates these eight songs. And while these elements aren't new to Saginaw's work, never has he demonstrated such complete command of his material. Each song is a complex constellation of sounds and ideas, but his compositional focus and restraint grounds songs that are otherwise cosmically inclined.