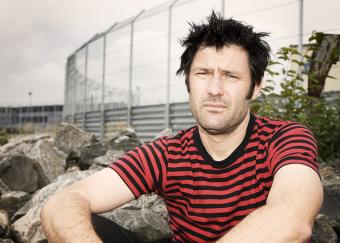 Drawing inspiration from the candle lit emotion of Kill Rock Stars era Elliott Smith and an upbringing steeped in acoustic acts such as Simon & Garfunkel and Cat Stevens; Cape’s acoustic efforts stand up on their own and finally introduce him as a promising addition to the pantheon of great American singer-songwriters. Pulling up his roots from the triedand true genre he helped establish and nurture over the past 20 years as front man for influential modern punk pioneers Lagwagon;

Cape’s work is apparently not even close to being finished. As he digs into this new landscape a fresh sensibility is revealed that’s been covered in loud fast and stunted by preconceived notions for far too long.